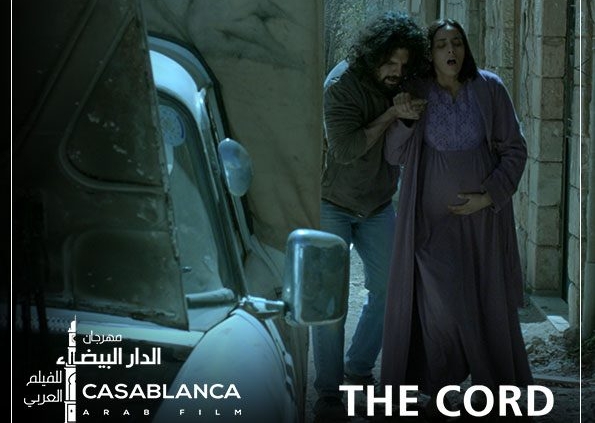 «The Cord» film by director Allaith Hajjo and writer Rami Kousa has awarded with Best Scenario Award in the second edition of Casablanca Arab Film Festival, which was held between 18 – 25 October.

The official competition included numerous short films from 19 Arab countries to compete on the festival awards.

The film represents the severe journey of a married couple who are living in one of the sieged Syrian neighborhood, the wife enters an early labor, and we experience the labor risks and pain a moment by moment while the sniper’s bullets prevents the midwife from reaching the mother.

It should be mentioned, that The Cord was awarded with the Best Scenario at «Festival du Court-Métrage d’Auch» with its eighth edition in France last year.