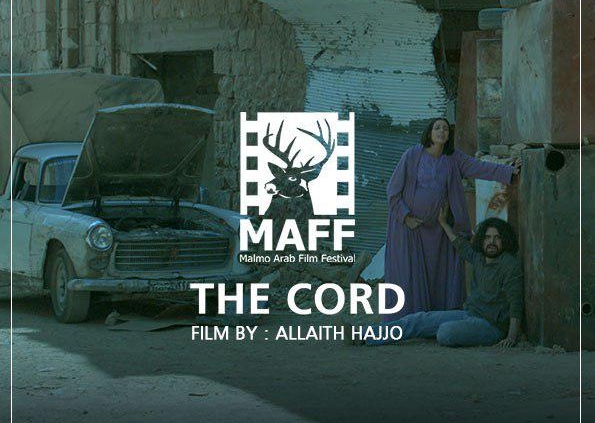 A year after screening it in numerous international and local festival, «The Cord» film by the Syrian director Allaith Hajjo and writer Rami Kousa has booked its place at Malmo Arab Film Festival with its ninth edition at Sweden between 4 to 8 October this year.

The film portraits the harsh journey of a couple lives in one of the Syrian sieged neighborhoods, the wife enters an early labor leading us to live her pain with her a moment by moment, where the sniper’s bullets prevents the midwife from reaching the mother.

It starred by Nancy Khoury, Yazan Khalil, Duha Aldibs, Jamal Al-Ali and Sanaa’ Sawah. It was produced by the European Union through «Madani» and «Searching for Common Ground» organizations, and in cooperation with Sama Art International.

It should be mentioned, that the film’s first screening was at El-Gouna film festival last year, and it awarded with the best scenario award at Festival du Court-Métrage d’Auch with its eighth edition in France – 2018.